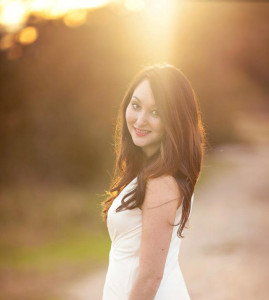 Kristara is the founder of Kristara Calligraphy and author of Creative Calligraphy: A Beginner’s Guide to Modern, Pointed-Pen Calligraphy. Known for her modern take on calligraphy, she has worked with countless brides and brands (including David Yurman, Omega Watches, Kendra Scott, Ray-Ban, and Lululemon) to incorporate hand lettering into their stationery, events, and retail designs. She also teaches lettering and creative classes from her studio near Downtown Houston and through her online calligraphy class. Since 2014, she has taught hundreds of classes and converted nearly 2,000 people into calligraphy lovers.

Her work has been featured in numerous print and online publications, such as The Knot, Southern Bride, 100 Layer Cake and Wedding Chicks. When she’s not teaching or making a huge mess in her studio, she enjoys having impromptu living room dance parties with her daughter, Elle, and her husband, Dan.

Kristara Calligraphy is a full-service calligraphy studio based in Houston, Texas. We're dedicated to crafting words that are as beautiful as they are meaningful.

Our mission: to put the art and soul back into words—one flourish at a time.

BE THE FIRST TO KNOW